Now you can immerse yourself, along with your friends and family, in the exciting world of Resident Evil. Survival is paramount, friends become foes and death doesn’t even mean the end of your time walking the earth. Compete with your friends and family in three different game modes: Story, Mercenary and Versus Modes. See who can escape the mansion first, destroy as many infected as you can or just have a show down to see who will come out on top. Your purchase includes a deck of 250 cards and an instruction manual.

This game is intended for 1 to 4 players ages 13 and up. Average game time is approximately 30 minutes.

The game features the same basic story seen in the original Resident Evil deck building game. A deadly zombie virus has been released. The virus has a horrible side effect; it causes the dead to rise and search for human flesh. You seek refuge in the mysterious mansion where you must gather materials and resources to prepare yourself for your fight against hordes of the undead.

Players build their card decks as they play. Start with your favorite Resident Evil character and the bare minimum basic items and weapons. As play progresses, players can accumulate additional weapon, ammo, item or action cards to customize their deck and improve their chances for surviving the zombie outbreak. Buy Resident Evil Alliance today and get in on the zombie fun! 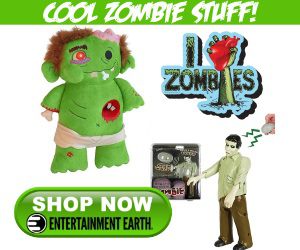